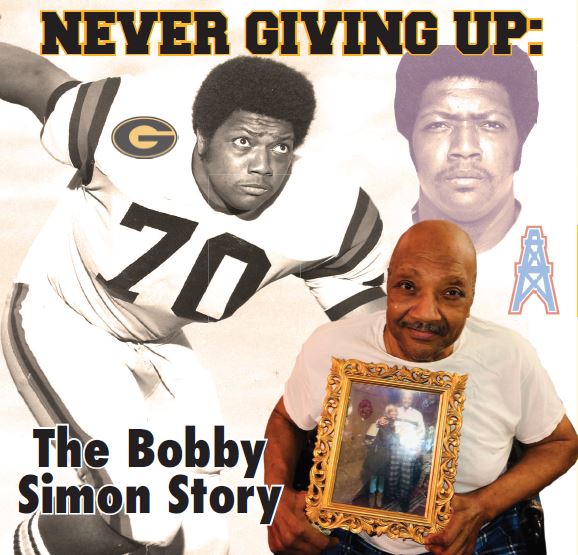 Fast as lightning and physically dominant, his athletic prowess took him from high school stardom to Grambling State University and eventually the Houston Oilers. But after a series of injuries, a hard knock thing called “life” and one of the worst storms Texas has ever seen, he feels he’s battling alone, with nothing more than the sheer grit he’s had from birth.
Spread the love

HOUSTON – In his heyday, he stood 6 feet 3 inches tall and weighed 252 pounds, a “country boy” from Mansfield, Louisiana who was a force to be reckoned with. Fast as lightning and physically dominant, his athletic prowess took him from high school stardom to Grambling State University and eventually the Houston Oilers. But after a series of injuries, a hard knock thing called “life” and one of the worst storms Texas has ever seen, he feels he’s battling alone, with nothing more than the sheer grit he’s had from birth.

Today, at 66 years old, Bobby Simon is a diabetic who lost a foot due to an infection caught during Hurricane Harvey, lost his wife to cancer a few days later and lost the hope he once had that help is out there for an “Old NFL’er” still in love with the game.

From country boy to professional athlete

I spent nearly two hours talking to Simon, who had no idea he was being interviewed. I had no idea either, but as a journalist, I found his story so riveting, I decided to secretly pop on my recorder as he candidly spoke about his life.

“It was six of us so anything I wanted, I had to work for it,” Simon said of his childhood. “I always kept a side job when I was coming up; mowing yards; anything I could do to get paid to help my family.”

The small-town country boy then became a college man.

“I was always known for my quickness during that time. I was #70 at Grambling. If you look up Grambling Greatest or Grambling drafts from 1976, they have my picture. I had a head full of nappy hair and I had to keep a rake for my hair (chuckle) a regular comb wouldn’t do it,” Simon said. “Most big guys my size were not as quick as I was, but I was from the country. You know when you run through the woods, jumping over the creeks, running from wasps. I played Left Tackle, I’d keep all the bad guys away. A good dream to remember, a good dream to remember,” Simon reminisced. “You know I don’t know how I got into the cabaret business.”

From the NFL to nightclubs

How he ended up there was almost too simple for comfort level. The athlete took a tumble, and in a snap, his career was over.

Simon was an eighth-round draft pick for the Houston Oilers, where he played with greats like Elvin Bethea. It was while tacking another NFL great, Tony Dorsett, that he got caught in a pocket of grass at the historic Astrodome and tore a ligament.

“They were one man short on the kickoff and it was the last pre-season game of the year. We were playing Dallas Cowboys. Dorsett was on the field and I was tackling him down and my foot got caught in the old pitching mound. I got up and I felt something, but then halfway off the field, that joker just went out on me. They grabbed me and toted me on off,” Simon recalled.

After that, he suffered several more injuries to his knees and shoulders, and was eventually put on the injured reserve list.

When he was finally told his time with the team had ended, his spirit bottomed out.

“It was bad, I was at the liquor store every morning. I drank anything. Wild Turkey, 101. Everything had to be 100 proof. If it wasn’t, I’d just look at it like it was water,” he admitted.

He then “worked a little bit of everything” with various jobs until an unexpected opportunity arose for the gladiator.

“I was always going to the corner store and a man saw me and said, ‘Man, I see you hop that bayou every damn day. Who in the hell are you? I’ve never seen anybody that big jump that damn far,’” Simon explained. “I told him who I was and the man said, ‘Do you need a job?’”

The football player then entered the gentlemen’s club industry, where he admitted, he had to drink to be prepared for the unexpected.

“I was the doorman, the bouncer and everything protecting the girls. Every night, I was fighting two and three men. I was laying them out cold on the sidewalk. Blood everywhere,” he said.

Eventually, Simon made it to southwest Houston’s historic Foxxy’s Cabaret, where he worked for more than 20 years.

“I’m the one who put Foxxy’s on the map, you know making it an organized club. Without me, it would have been nothing but a death trap.”

He retired due to health issues and focused on taking care of his wife, Sharon Oliphant, who was battling lung cancer. Then a storm by the name of Hurricane Harvey blew in and their battles intensified.

The couple lost everything and moved between shelters and motels when they could, but eventually ended back up at their mold-infested apartment.

Determined to keep them alive, Simon would walk them to the hospital.

“I thought the shoes I had on were waterproof, they were Dr. Scholl’s, but one day I took my shoe off and my damn toe was black, and I said, ‘this thing is getting infected.’ A doctor wanted to admit me into the hospital, but I said I couldn’t go because my wife was in the hospital and I needed to be there for her. I let a doctor clip off my toenail, and I put my shoe back on and had my walking cane and a bad hip, but I wasn’t giving up. I was hurting so bad, but I wasn’t giving up a bit. I had to get back to her.”

Sharon’s cancer was spreading, and with no insurance, the hospitals would send her home after only a couple of days each time she went.

And Simon’s foot was getting worse.

“I was always first to her. I loved her and I know how much she loved me. She just smiled at me and told me to go and take care of what I had to do. And that was it.”

The day after having his foot amputated, he called to check on his wife, but received no answer. He sent adult protective services to take her to the hospital, but a couple of days later, he learned his wife had died.

Her body was cremated before Simon could be released from the hospital. He never had the chance to say goodbye. He is just left with her purse, and fond memories.

At the end of Simon’s rainbow, there was no longer a pot of gold. No biological children, no wife, no home to return to. He bounced around from one temporary housing facility to another until he finally found an opening at an assisted living apartment.

When asked if he had any regrets: “I wish I would have stopped drinking sooner,” he said.

When asked if he had any wishes. He kept it simple: a wheelchair with working brakes so he can hoist himself out of it easily, and a supply of Ensure protein supplements from time to time so he can maintain his strength, but living on only $900 per month in social security, he can’t afford those items.

He reached out to the NFL for assistance, but due to his short playing time, he was told there were no resources for him.

African American News and Issues contacted his old team mate, Elvin Bethea, who is a board member of Fairness for Athletes in Retirement (FAIR).

“Bobby’s story is one of many stories out there, but nobody ever hears it. He’s a fellow football player, so he’s one of mine,” Bethea, 73, said.

“I was one of the ones who fought for the betterment of our players; increased pay, insurance and pensions. They used to call us ‘clubhouse lawyers,” Bethea added. “We are the ones who helped build this league up to what it is today. We are the ones who sacrificed and gave up our bodies and our livelihoods so these younger players can be where they are.”

So what about Simon? Bethea and his team are reaching out to see what they can do to help, but are there Hurricane Harvey funds available from the city or state? Will the NFL provide assistance? 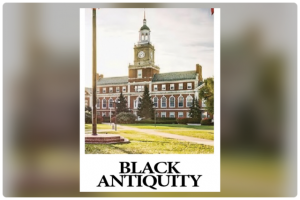 Will there be justice for Ahmaud and Andrew?